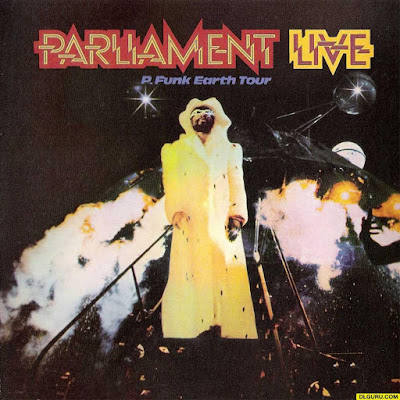 Parliament : This is the Way We Funk With You

On May 5, 1977 Parliament released the double live album, Live:P-Funk Earth Tour, recorded at the Oakland Coliseum and Los Angeles Forum and  made up mostly of songs from the band's last two studio albums, Mothership Connection and The Clones of Dr Funkenstein.

To a newbie's ears, seventy minutes of unevenly recorded live material from any band might seem like too much to take. This album contains a pair of new studio cuts as well, including a future P-Funk anthem "This Is The Way We Funk With You", sung by powerhouse soulman Glen Goins.

Back in the day, record buyers would get an iron-on t-shirt transfer featuring the motto "Take Funk to Heaven in '77". 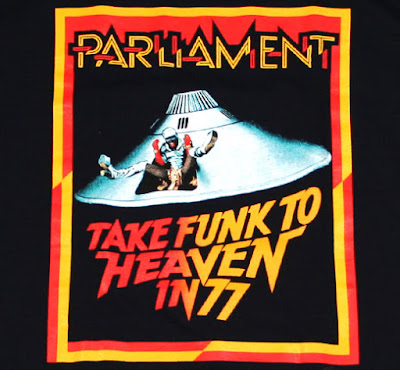 Labels: 1977, Live:P-Funk Earth Tour, Parliament, This is the Way We Funk With You