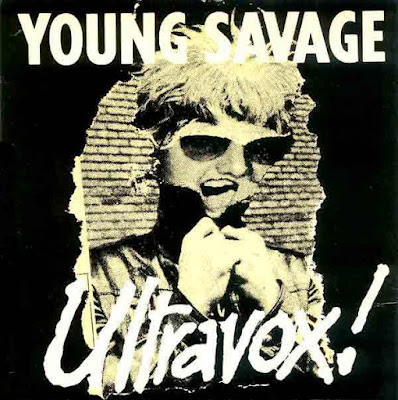 With their second single of '77, released on May 31st, post glam rockers Ultravox! sound like they're taking the piss out of punk rockers, especially with lines like "Every sneer is thrown away /With practised gestures of disdain /The outlaw stance is so pedantic /Hate the world, it's so romantic " but drummer Warren Cann says it's more autobiographical. In fact most of the song is addressed to a difficult girl.

In any case, "Young Savage" demands to be played as loudly as possible.