She Ain't No Human Being 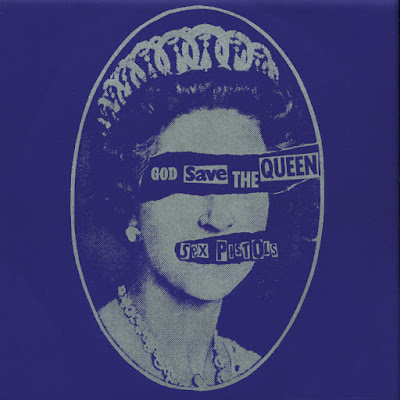 Sex Pistols : God Save the Queen


On May 27, 1977 The Sex Pistols released "God Save The Queen", their first single on Virgin Records. It would--to the horror of Royalists celebrating the Queen's Silver Jubilee--race up the charts despite a unanimous ban on all radio and TV stations.

Had The Sex Pistols released a song with lyrics like these in Thailand or Saudi Arabia, they would have been imprisoned or much worse. Had Jamie Reid defaced a monarch in those countries, same deal.

The shoot was chaotic with Johnny Rotten acting like a prima donna and Vicious still ill. Yet somehow the atmosphere of madness worked well - the footage was both electric and humorous.

These days everybody is trying to out-shock every one else, so it may be hard to remember what it was like to have a song like "God Save the Queen" released in the Summer of '77. The video below does a fine job of that.