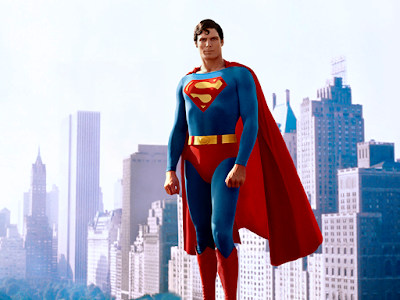 On May 2, 1977 Christopher Reeve put on the Superman costume for a make up and wardrobe test. Reeve had already started gaining more than 40 pounds, most of it muscle, bulking up to 235 pounds on his 6-4 frame. Here's how the day went:

"Superman" was the name of a track from the 1977 debut album 10 Mistakes by Dutch art rockers Gruppo Sportivo. In this single song you get new-wave kitsch not unlike the Japanese band The Plastics,  surf drums,  Del Shannon's "Runaway" keyboard lines, and some Deaf School style call and response. Way ahead of their time but probably too "fun" to ever be taken seriously.